Yarrow is a member of the aster family, and is closely related to both chrysanthemums and chamomile. It grows best in a sunny and warm habitat, and is frequently found in meadows and along roadsides. It is native to Europe and western Asia, but has been naturalized in North America, Australia and New Zealand. Herbal legend has described that yarrow (Achillea millefolium) was named after Achilles, the Greek mythical hero who used it to stop the bleeding wounds of his soldiers during the Trojan War in 1200 BC. In Medieval times, yarrow leaves were rolled up and stuffed in the nose to stop bleeding. The Anglo-Saxons named yarrow, "gaeruwe", from "gearwian", meaning “to prepare” or “to treat” referring primarily to its traditional use as being curative. For centuries, yarrow has been popular in European folk medicine, in part because yarrow contains flavonoids (plant-based chemicals) that support normal saliva secretion and stomach acid, helping to support healthy digestion. 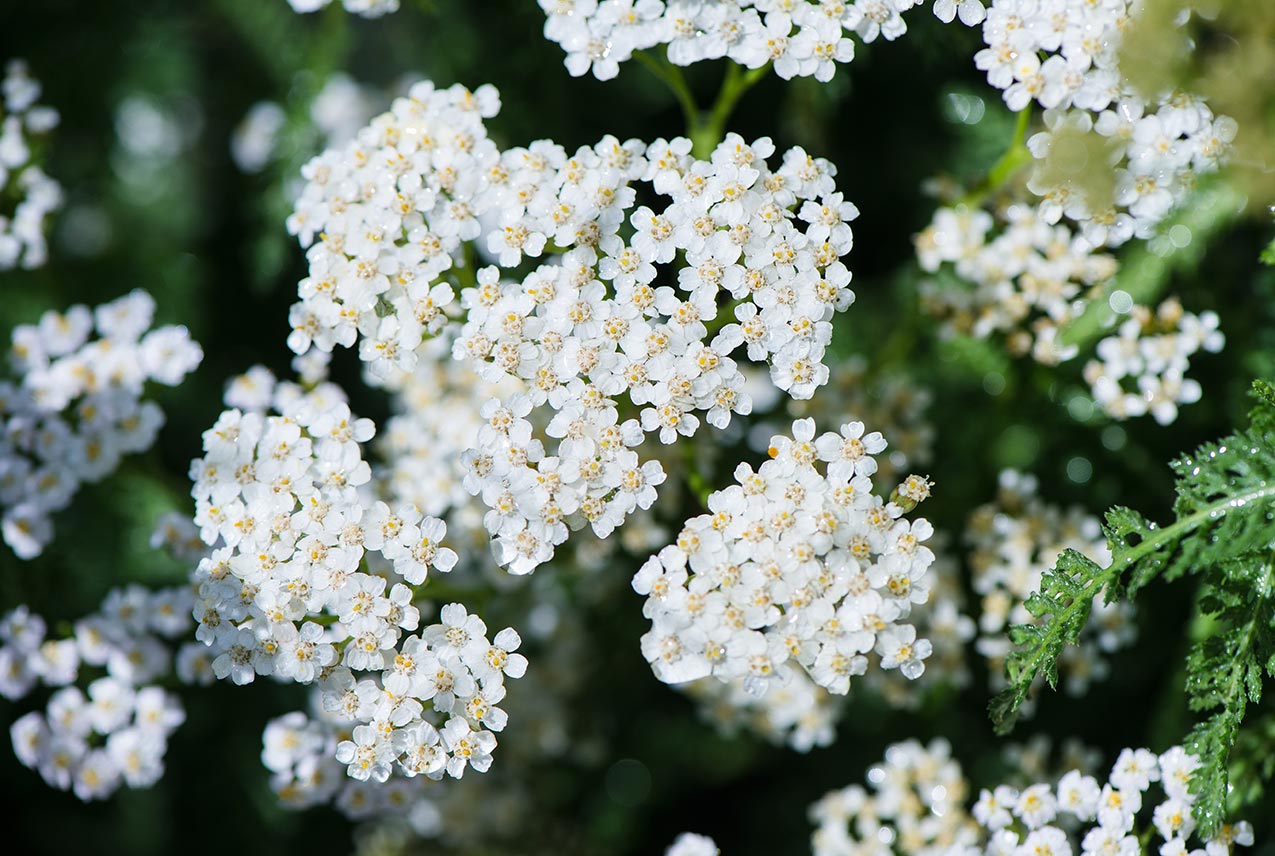 What is Yarrow Used For?

What is Yarrow Used For?

Supports respiratory health when you need it most*

Our Herbal Reference Guide lets you enhance your relationship with herbs by giving you a comprehensive profile of each plant.